Islam in the Digital Age Reviews 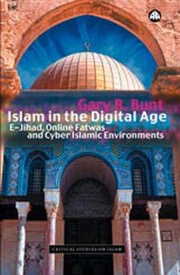 "In this incisive and pertinent account of Muslim use of the Internet documents... how ideas like jihad and fatwa acquire a new form of activism as they are contested in cyberspace." James Piscatori, Oxford Centre for Islamic Studies